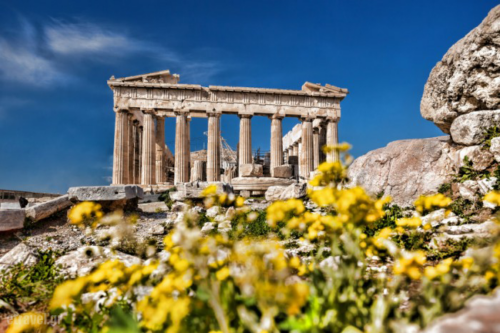 Greece is a land synonymous with historical and archaeological sites of high interest, and as such is a perfect place to travel on a cultural holiday.Visiting Greece can be overwhelming if you don’t know where to start. The culture, food, annual events, and landscapes of Greece consistently draw in visitors from around the world. There are numerous historical sites to visit, but these are the top seven that will make your trip memorable. As the country was already inhabited from prehistoric times, traces of human civilization and historical remains of the ancient world can be found everywhere, in all corners of the land. Greece offers the world over 100 outstanding archaeological sites. Theatres, public assembly buildings, great temples, public markets, portray a historical frame exceeding 5000 years.

The major archaeological sites in Greece every year attract hundreds of thousands of visitors. People from all over the world come to see at close hand the origins of western civilization and to feel the power and historical vitality exuded by these sites and their histroy. Constant care is taken by archaeological services and support services, so that one has access to the whole range of information and can pleasantly enjoy the tour.

From the Acropolis to Delphi, Knossos to Thebes, the Historical sites in Greece draw tourists in their hordes every year. Indeed, famed as the home of the magnificent ancient Greek civilisation, this modern nation boasts an incredible wealth of things to see. Yet, the Historical sites in Greece do not stop at the ancient Greek variety. Roman, Byzantine and medieval sites pepper both the mainland and its many islands, offering a diversity of sightseeing. Our database of sightseeing proposals is growing all the time, but we may not cover them all. 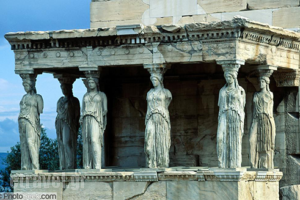 The Acropolis is a UNESCO World Heritage Site and also features as one of our Top 10 tourist attractions in Greece. Today, the Acropolis is an extremely popular historical site and caters for a multitude of tourists every year. The recently opened Acropolis Museum, which lies nearby, contains an amazing array of displays and artefacts from the Acropolis itself. The Acropolis is one of the most recognisable historical sites in the world and remains an inspirational monument to the achievements of Ancient Greek civilisation. Standing tall above the Greek city of Athens, the Acropolis contains a number of buildings and monuments from Greek Antiquity, including the Parthenon, the Erechtheion, the Propylaia and the temple of Athena Nike.

The majority of sites on the Acropolis were constructed in the 5th Century BC, during the ‘golden age’ of Athens and under the stewardship of Athenian statesman Pericles. After the original site was burned to the ground in 480BC during the Persian Wars, the Athenians set to re-building their city with monuments that would bear testament to the greatness of their state.

DIRECTIONS TO THE ACROPOLIS

The Acropolis is in the centre of Athens. Take Metro Line 2 to ‘Akropoli’.

Epidaurus was a major city in Ancient Greece famed as a centre for healing. Inhabited since prehistoric times, Epidaurus thrived as a sanctuary devoted to the healing deities including Apollo, Asklepios and Hygeia and contained hundreds of spas, the remains of many of which can be seen today. The main sanctuary area, called the Asklepieion, contains two such spas where a variety of healing rituals took place, including hypnosis. This was declared a UNESCO World Heritage historical site in 1988. There is also a shrine to Asklepios and the remains of rooms for patients. 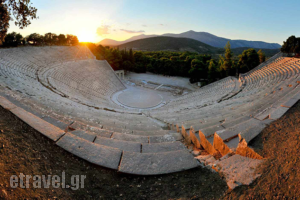 Probably the most impressive of the sites at Epidaurus is the fourth century BC theatre, which was built to accommodate approximately 15,000 people and still extremely well preserved. Overall, Epidaurus is an absolutely vast, fascinating site set over three levels and offering an insight into Ancient Greek life. There is also a nearby Epidaurus Museum, exhibiting artefacts from its excavation.

Ancient Epidaurus is located slightly south of the modern town of Epidavros in the Peloponnese in Greece. By car from Athens, take Route 8 (partial toll road) towards Korinthos for around 40 miles then exit B towards Epidavros. Turn left onto Komvos Isthmou, continue onto Korinthou-Epidavrouand follow the road for a further 30 miles. The site is just south of Epidavros.

Epidaurus is open daily, 8:30am-10pm (to 3pm on national holidays). Closed 1 Jan, 25 March, 1 May, Easter Sunday, 25-26 Dec. Entry costs €6 for adults. There is a €9 combined ticket for the archaeological site and museum together. Discounts available and there are also “free days” (see official site).

Ancient Corinth, the ruins of which can be found in the modern town of Korinthos, was a city of major importance in Ancient Greece and in Ancient Rome. Located in between mainland Greece and the Peloponnese, Corinth was a vital port and a thriving city-state as well as being of religious significance. 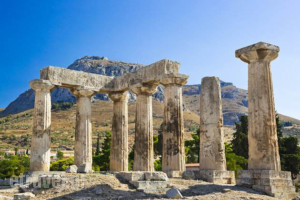 Inhabited since the Neolithic period, Corinth grew from the eight century BC under the Ancient Greeks, developing into a centre of trade and a city of great riches. Much of this wealth was accumulated from the seventh century BC under the rule of Periander, who exploited Corinth’s location in the Isthmus of Corinth. By travelling through Corinth, ships could cross quickly between the Gulf of Corinth and the Saronic Gulf, avoiding the need to sail around the coast. Corinth had the diolkos, a ship hauling device which allowed them to do just that. Ship owners were charged for using this device, providing Corinth with an ongoing flow of income.

Ancient Corinth is located just south of Korinthos on the narrow strip of land which connects the Peloponnese/mainland Greece. It is approx 53 miles northwest of Athens, making it a popular day trip. From Athens, Corinth is reached via Route 8 (partial toll road) then route 8A (exit onto Nea Ethniki Odos Athinon-Patron, also known Route 8A/E65) and follow signs to Ancient Korinthos. Trains operate between Athens and Korinthos regularly.

The Ancient Corinth site is open daily between 10 April and 31 October, 8:30am-8pm. Admission costs €6 for adults or there is a €9 combined ticket for the archaeological site and the museum together. Concessions are available.

Knossos or ‘ko-no-so’ was an important ancient site found on the outskirts of the modern city of Heraklion in Crete. It is believed that Knossos was first established a place of settlement in Neolithic times in around 7000 BC and then continuously inhabited until the Ancient Roman period. Knossos was undeniably the capital of Minoan Crete. 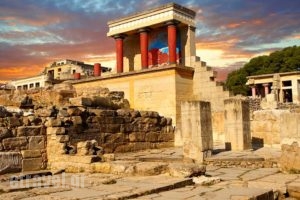 Knossos reached its peak in the period from the 19th to the 14th centuries BC, as the capital of the Minoan civillisation. It was at this time that the majority of its incredible buildings, the remains of which can be seen today, were constructed, although it suffered large-scale destruction sometime between 1500 and 450 BC.  Arthur Evans, the British Archaeologist who excavated the site in 1900 AD restored large parts of the palace in a way that it is possible today to appreciate the grandeur and complexity of a structure that evolved over several millennia and grew to occupy about 20,000 square meters. Walking through its complex multi-storied buildings one can comprehend why the palace of Knossos was associated with the mythological labyrinth.

Knossos is on the island of Crete, just south of the capital city, Heraklion along Route Knossou which leads off from route E75. Bus route 2 travels regularly from Heraklion’s Bus Stop A (near the harbour) to Knossos, the journey taking around 20 minutes and there are many organised tours to the site.

eTravel supports the Greek culture and is dedicated to provide valuable information on carefully selected historical places to establish visitor loyality and satisfaction. Subscribe to our Newletter for more useful trips and suggestions on historical sites around Greece. 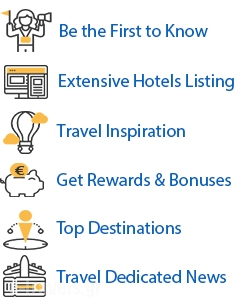 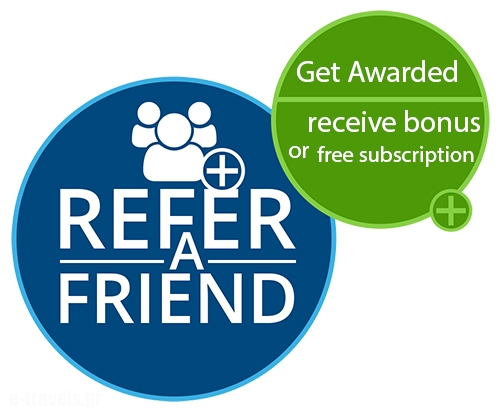