In Greek Mythology the goddess Aphrodite, later called Venus by the Romans, used her incomparable beauty to enchant gods and mortals alike. The 2-star seaside resort Venus Beach in Nea Styra promises to enchant visitors even more than the mythical Aphrodite. A space of hospitality near the harbour of Nea Styra, made with the taste and the love of the householders, is waiting for you to spend unforgettable vacations. Here you will feel entertained, without stress. The resort is built on a sloping 25 hectare strip of landscaped land next to the beach and a small cove. The lush property is compromised of 115 Standard and Deluxe rooms, all with a view of the blue southern Evoikos Gulf.

Central Greece. Central Greece is the most mountainous part of the whole country, and within it, lies some of the most beautiful and unique areas in all of Greece. Due to its location, it has a climate that is quite different from other places in Greece. It can be mild and dry on the coasts and cold with snow on the mountain peaks. Situated in Nea Styra, Evia Island, 34015, Greece, Venus Beach offers you the unique opportunity to visit and travel so many areas, that you really are spoilt for choice. The prefecture of Viotia, which includes the region of Mount Parnassos or the historic region of Delphi, where according to the ancient Greeks, was “the center of the world”. Whichever region of Central-Greece you do decide to visit, you are sure to have magical moments and holidays that will live with your forever. The regions vary so much from each other that at times, it is easy to believe that you are in a different country, and not simply a different region. The next time you visit Central Greece, ensure you explore more by staying at Venus Beach. We look forward to meeting you in the future.

Central Greece. The central Greece region also holds many underrated surprises. Alpine meadows and valleys cover the Evritania mountain range, making it perfect for breezy summer hikes and winter skiing. And it doesnt get much better than the beautiful Pelion Peninsula, home to Jason and the Argonauts, and criss-crossed with historic cobblestone paths linking lush mountain hamlets with coves and beaches that rival the best islands. And speaking of good, better, best' The regions good-natured people serve up hospitality, superb experiences and great cuisine. Theres no better place to navel gaze.The Venus Beach is located in Nea Styra, Evia Island, 34015, Greece, where the past and present are absolutely combined. Get to know up close the high aesthetics, simplistic luxury and the impeccable professional service that we can offer you. Whatever the reason for your stay in Nea Styra, Evia Island, 34015, Greece is, leisure or business trip, you will find out that at Venus Beach, we know very well what hospitality and service mean. The staff, always cheery and friendly, will take care every wish of yours. Couples, singles and families, whether sunseekers, sport fans, culturally interested or just enjoying the local cuisine, everybody in at Venus Beach will find their perfect holidays. Our website: http://www.venus-beach.gr/ | Our Location: Nea Styra, Evia Island, 34015, Greece 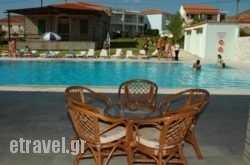 Aegean Islands. The northeastern Aegean Islands are notable (like the Dodecanese) for their proximity to the Turkish mainland. Influences from Asia Minor abound in old-fashioned island cuisines, traditional village culture, dramatic celebrations and even the language.Read more… 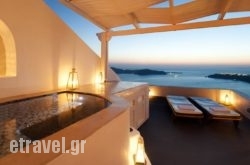 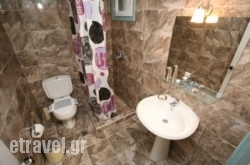