Christos studios is located at Zola, one of the most beautiful villages of Kefalonia. A modern complex of studios and apartments, ideal for families, friends&couples. A relaxing stay within the breathtaking smell of pine trees is guaranteed! The apartments have a view of the unique bay of Myrtos and Aghia Kiriaki, which is only 1klm away from Zola. Near the studios you’ll find several traditional taverns and a small port so you can explore the isolated beaches around the bay. The closest town to Zola is Argostoli which is the capital of Kefalonia, the largest city in Kefalonia and in the region of the Ionian Islands. It is located in the center of the southern side of the island. It has 151.570 sq ksqm with a population of 12.589 inhabitants. If you have any more questions about the studios or the area do not hesitate to get in touch.

Ionian Islands. The six core Ionian islands, shepherding their satellites down the west coast of the mainland, float on the haze of the Ionian Sea, their lush green contours, a result of heavy winter rains, coming as a shock to those more used to the stark outlines of the Aegean. The west coasts of the larger islands also boast some of Greeces most picturesque cliff-backed beaches, whose sands are caressed by a band of milky turquoise water leading to the deeper azure sea. Located at Zola, Agonas, Kefallonia, 28100, Greece, Christos Studios is a perfect choice for those seeking rugged shorelines, soaring mountains and deep Mediterranean blue waters. Unparalleled in natural beauty, rich in cultural heritage and with contemporary tourist infrastructure, the Ionian Islands is the ideal holiday destination. It goes without saying that The Ionian Islands have some of the most beautiful beaches in the world. There are certain things that characterize an accommodation experience with Christos Studios along with the Ionian Islands clear waters, white sand, and the iconic boats that dot the shore. The residents are also famous worldwide for their hospitality, their intelligence and their sense of humor. From romantic spots known for their sunsets to incredible adventure destinations where you can zipline between islands and amazing resort beaches, Christos Studios is the ideal destination.

Ionian Islands. It is not surprising that one of the world's most enduring and romantic epic stories, Homer's Iliad, is centered on these captivating landscapes of rugged mountains, green hills and the ever present turquoise waters of the Ionian Sea. Book a room with Christos Studios and discover dramatic mountains, magnificent coastline, secluded bays, havens of peace and solitude. Located at Zola, Agonas, Kefallonia, 28100, Greece, Christos Studios offers its visitors the opportunity to explore and discover green mountains and secret valleys where reality is as inspiring as the legend. Visit the Ionian Islands, book a room with Christos Studios and discover boast lush vegetation, idyllic beaches, delicious local cuisine, and unspoilt villages where centuries-old customs still hold sway. From the cosmopolitan caf? culture of Corfu Town, to secluded coves and turquoise waters around the coast of Paxos; from the pristine white beaches of Lefkada to the breathtaking mountains in Kefalonia; or from the enchanting, mythical, ancient Ithaca to the mesmerizing marine life in Zakynthos; Christos Studios offers an accommodation experience that you will never forget. Our website: #BUSINESS URL# | Our Location: Zola, Agonas, Kefallonia, 28100, Greece 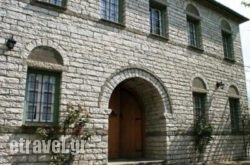 Epirus. You can always count on Epirus to spring a wonderful surprise. Dare to stretch the frontiers of your dreams with this alluring holiday proposition. Book a room with Dias and discover a truly unique experience.Read more… 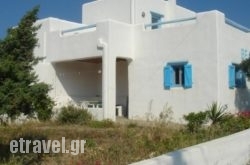 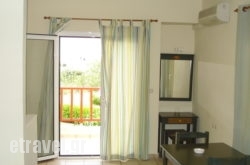