Hotel Helmos”was built in 1922 on “Platia Eleftherias” ( Liberty Square), a historical location, as the square became the first meeting point forthe leaders of the revolution for independence, on the 21st of March 1821. This revolution led to the establishment of the modern Greek state and is celebrated since then as independence day of Greece. Vacationing in Kalavrita became very popular between the two world wars. Visitors were arriving by cog-rail to stay at Helmos and enjoy the hotel’s superb cuisine and impeccable service. After lunch, the local band wasoften entertaining the guests with popular music. The hotel was totally destroyed during the second world war occupation, in a period that tragically marked the history of the town of Kalavrita. It wasrebuilt after the end of the war and stayed open till the early 90’s. Radically renovated and refurbished, Hotel Helmos opened in December 2005 tooffer a first class service to old and new clients.”

Peloponnese. The Peloponnese is the stuff of legends. Literally. It is here that Hercules fought the Nemean lion and gods walked the earth, meddling in mortal affairs; it's from here that Paris of Troy eloped with Helen and the Argonauts set sail in search of the Golden Fleece. Celestial and mythological charms aside, this region bears tangible traces of the many civilisations that once called it home, witnessed in its classical temples, Mycenaean palaces, Byzantine cities, and Ottoman, Frankish and Venetian fortresses. Book a room with Helmos and discover the magnificent topography that kept invaders at bay for centuries  lofty, snowcapped mountains, vast gorges, sandy beaches and azure waters  now draws visitors of a very different kind. At Helmos filoxenia (hospitality) is as strong here as anywhere in the country; the food is among Greece's best; and the region's vineyards are contributing to Greece's wine renaissance. Located at 1, Eleftherias Square , Kalavrita, 25001, Greece, Helmos is the ideal starting point to discover one of the countrys most undeveloped and virgin territories. And thats no myth. Our website: #BUSINESS URL# | Our Location: 1, Eleftherias Square , Kalavrita, 25001, Greece 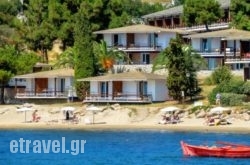 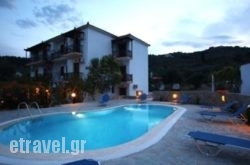 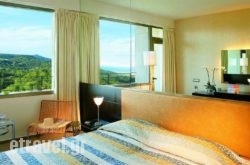