Hotel Alexiou is on the main street of Kalambaka. Surrounded by the rocks of Meteora, Alexious is a short ride to the historic Meteora Monasteries. Free parking and Wi-Fi are available.Alexiou’s building features classic architecture but its rooms offer modern comforts. All rooms are air conditioned and include an in-room refrigerator. The rooms at Hotel Alexiou also have private balconies. Many rooms offer panoramic views of the Meteora rocks.Breakfast is served daily in Alexiou’s cafe. An array of shops and tavernas is within proximity.Alexious is located less than 2.5 miles from the Meteora Monasteries Guests can enjoy daytrips of the nearby attractions in the region, including Pertouli, Elati and Plastira Lake.

Thessaly. The region of Thessaly occupies much of east-central Greece between the Pindos Mountains and the Aegean Sea. The fertile and river-fed Thessalian plain supported one of the earliest Neolithic settlements on the continent. Today it boasts two of Greeces most extraordinary natural phenomena: the lofty, monastery-capped rock pinnacles of Meteora, and the lush Pelion Peninsula. Located at Trikalon 144 B’, Kalambaka, 42200, Greece, Alexiou Hotel is the ideal starting point to explore the mountains and alpine meadows or the outstanding eateries, nightlife and culture of Thessaly. The Pelion Peninsula is one of Greeces best kept secrets. Ancient Mythology names it as the place the Greek Gods choose for their celebrations. As well as its fantastic scenery, the Pelion Peninsula on the east side of the Greek mainland is off the beaten tourist track offering visitors a glimpse into authentic Greek traditions and way of life. Book a room with Alexiou Hotel and discover good food, hospitable people, beautiful churches, flora, unspoilt scenery ranging from mountains to beaches, mysticism and history making. All year round vacations in Alexiou Hotel, the place where you experience every season at its best : seductive beaches, majestic mountains, fierce rivers, historical treasures and unforgettable authentic cuisine that will carry you away to a magical trip that will excite all your senses.

All children are welcome. One older child or adult is charged EUR 10 per person per night in an extra bed.The maximum number of extra beds/children's cots permitted in a room is 1.Supplements are not calculated automatically in the total costs and will have to be paid for separately during your stay.

Thessaly. Steeped in Greek mythology and adorned with jagged cliff edges and majestic mountains, Thessaly holidays offer spectacular views and a hefty dose of action and adventure. Nestled in the heart of the Olympus mountain range in historic Greece, this region is renowned for its breath-taking landscapes away from the hustle and bustle of major cities. A secluded beauty spot, Thessaly is the ideal destination for those looking for relaxation or adventure. Indulge in a variety of outdoor activities, savour some delicious Greek fare or venture further afield to the historical delights of Athens and Thessaloniki  youll find plenty to do on your holidays to Thessaly. Alexiou Hotel is suitably situated in Trikalon 144 B', Kalambaka, 42200, Greece. Our privileged and central location means you will be within walking distance of the Thessalys numerous sights and attractions. Harmony, luxury and an amusing atmosphere are what you can expect from Alexiou Hotel. Our professional and friendly staff are committed to making your holiday in Thessaly special and making you feel like you are at home, where nothing is too much trouble. Our aim is to ensure that you have everything and more for your holiday, our customers are our only priority. You can rest assured that our staff will ensure your trip is perfect in every way. At Alexiou Hotel, we make every effort to ensure that your stay with us is an enjoyable and relaxing experience and one that will hold fantastic memories for you forever. We look forward to meeting you. Our website: http://www.hotelalexiou.com/ | Our Location: Trikalon 144 B', Kalambaka, 42200, Greece 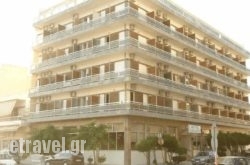 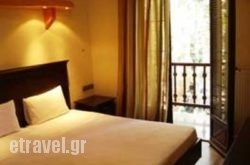 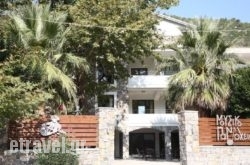