Housed in a traditional building, Mania Rooms and studios is centrally located in Poros Island, just 30 sqm from the beach and a short walk from restaurants and bars. It offers air-conditioned units with free Wi-Fi and a patio. Fitted with tiled floors and wooden furnishings, the rooms and studios of Mania have a TV and a fridge. Each unit includes a private bathroom with shower, while the studios also feature a kitchenette. Mania Rooms and studios is located 450 meters from Kanali beach. The famous Lemon Forest of Galatas is accessible by ferries departing from Poros Port, at 200 meters. Free public parking is possible nearby.

Piraeus Islands  Trizonia. Saronic Gulf is located between Attica on the west of and the Peloponnese on the east, while Argolic Gulf is located on the east coast of the Peloponnese. Argo – Saronic Gulf includes numerous islands, from which 5 are the most important: Aegina, Poros, Hydra, Spetses and Salamina. Saronic Gulf is due to its good location inhabited since ancient times, so right here had been developed two most important Greek cities, Athens, capital of Greece, and Piraeus, Europe’s largest harbor. Located at Poros, Argosaronic Islands, 18020, Greece, Mania Rooms And Studios is the ideal choice for those looking to escape the hustle and bustle of Athens without having to venture too far. A weekly vacation could include a stay on two or three islands. For example, a 3-night stay on Aegina, which leaves enough time to explore the historic sites of the island, can be combined with a 2-night stay on Poros for a short beach vacation and a further 2-night stay on Hydra to experience the islands unique character. Another possible combination is a 4-night stay at a beach resort of Spetses or Poros with a 3-night stay-in one of Hydras traditional guest-houses. Book a room with Mania Rooms And Studios and discover the distinctive character of the Argo-Saronic Gulf.

All children are welcome. There is no capacity for extra beds in the room.

Free! Pets are allowed on request. No extra charges.

Piraeus Islands  Trizonia. In the stretch of sea between the west coast of Attica and the north-east coast of the Peloponnese lie the Argo Saronic Gulf Islands: Salamina, Aegina, Angistri, Poros, Hydra, Spetses and Dokos. They could easily fill a holiday on their own but, combined with Athens and the mainland, would make for a trip that summed up the very best of Greece. The closest island of the Argo Saronic group, Salamina or Salamis, is virtually a suburb of Piraeus, just over a kilometer offshore to its east, and almost touches the town of Megara to the west. Aegina lies almost in the centre of the Saronic Gulf, and Angistri is 4 n.m. south of Aegina. Poros, Hydra, Spetses and Dokos, the four southerly islands, of the group, are barely a stones throw from Argolidas shores. The short distance between the Argo Saronic Gulf Islands and the frequent ferries connecting them in combination with Mania Rooms And Studios location, allow visitors to combine two or even more islands during their vacation. The distinctive character of each island makes such a vacation more diverse and more rewarding for the holiday-maker. Mania Rooms And Studios is situated in Poros, Argosaronic Islands, 18020, Greece and flawlessly represents the perfect spot for holiday seekers to experience unforgettable vacations. Mania Rooms And Studios provides its guests the opportunity to explore the Argo Saronic Gulf Islands on an one-day cruise. These cruises stop at Aegina, Poros and Hydra, allowing passengers to visit some of the sights and beaches. Our website: http://www.maniaporos.gr/ | Our Location: Poros, Argosaronic Islands, 18020, Greece 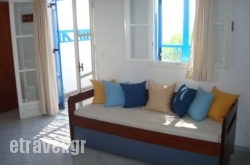 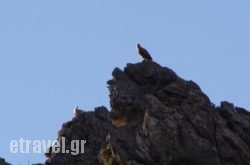 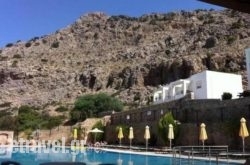