Set in the traditional Greek village of Benitses, this hotel is just 100 meters from the beach. It features a lush garden filled with olive, lemon and orange trees. All Passas studios and apartments are air-conditioned and equipped with a kitchenette or kitchen. Each has a TV set and free WiFi is available throughout the building. Passas studios and apartments is situated 250 meters from the local Corfiot taverns and popular cafes. It is 6.2 miles from the Ioannis Kapodistrias airport.

Ionian Islands. The six core Ionian islands, shepherding their satellites down the west coast of the mainland, float on the haze of the Ionian Sea, their lush green contours, a result of heavy winter rains, coming as a shock to those more used to the stark outlines of the Aegean. The west coasts of the larger islands also boast some of Greeces most picturesque cliff-backed beaches, whose sands are caressed by a band of milky turquoise water leading to the deeper azure sea. Located at Benitses, Corfu, 49084, Greece, Passas Studios And Apartments is a perfect choice for those seeking rugged shorelines, soaring mountains and deep Mediterranean blue waters. Unparalleled in natural beauty, rich in cultural heritage and with contemporary tourist infrastructure, the Ionian Islands is the ideal holiday destination. It goes without saying that The Ionian Islands have some of the most beautiful beaches in the world. There are certain things that characterize an accommodation experience with Passas Studios And Apartments along with the Ionian Islands clear waters, white sand, and the iconic boats that dot the shore. The residents are also famous worldwide for their hospitality, their intelligence and their sense of humor. From romantic spots known for their sunsets to incredible adventure destinations where you can zipline between islands and amazing resort beaches, Passas Studios And Apartments is the ideal destination.

All children are welcome. The maximum number of extra beds/children's cots permitted in a room is 1. Any type of extra bed or child's cot/crib is upon request and needs to be confirmed by management.

Cancellation and prepayment policies vary according to apartment type. Please enter the dates of your stay and check the conditions of your required room.

Ionian Islands. It is not surprising that one of the world's most enduring and romantic epic stories, Homer's Iliad, is centered on these captivating landscapes of rugged mountains, green hills and the ever present turquoise waters of the Ionian Sea. Book a room with Passas Studios And Apartments and discover dramatic mountains, magnificent coastline, secluded bays, havens of peace and solitude. Located at Benitses, Corfu, 49084, Greece, Passas Studios And Apartments offers its visitors the opportunity to explore and discover green mountains and secret valleys where reality is as inspiring as the legend. Visit the Ionian Islands, book a room with Passas Studios And Apartments and discover boast lush vegetation, idyllic beaches, delicious local cuisine, and unspoilt villages where centuries-old customs still hold sway. From the cosmopolitan caf? culture of Corfu Town, to secluded coves and turquoise waters around the coast of Paxos; from the pristine white beaches of Lefkada to the breathtaking mountains in Kefalonia; or from the enchanting, mythical, ancient Ithaca to the mesmerizing marine life in Zakynthos; Passas Studios And Apartments offers an accommodation experience that you will never forget. Our website: #BUSINESS URL# | Our Location: Benitses, Corfu, 49084, Greece 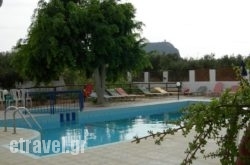 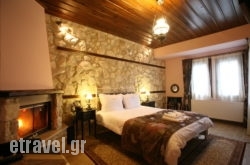 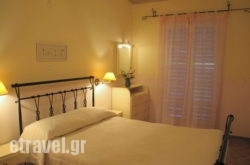