Piraeus Islands  Trizonia. In the stretch of sea between the west coast of Attica and the north-east coast of the Peloponnese lie the Argo Saronic Gulf Islands: Salamina, Aegina, Angistri, Poros, Hydra, Spetses and Dokos. They could easily fill a holiday on their own but, combined with Athens and the mainland, would make for a trip that summed up the very best of Greece. The closest island of the Argo Saronic group, Salamina or Salamis, is virtually a suburb of Piraeus, just over a kilometer offshore to its east, and almost touches the town of Megara to the west. Aegina lies almost in the centre of the Saronic Gulf, and Angistri is 4 n.m. south of Aegina. Poros, Hydra, Spetses and Dokos, the four southerly islands, of the group, are barely a stones throw from Argolidas shores. The short distance between the Argo Saronic Gulf Islands and the frequent ferries connecting them in combination with Dedes Apartments location, allow visitors to combine two or even more islands during their vacation. The distinctive character of each island makes such a vacation more diverse and more rewarding for the holiday-maker. Dedes Apartments is situated in Skala, Aigina, 18010, Greece and flawlessly represents the perfect spot for holiday seekers to experience unforgettable vacations. Dedes Apartments provides its guests the opportunity to explore the Argo Saronic Gulf Islands on an one-day cruise. These cruises stop at Aegina, Poros and Hydra, allowing passengers to visit some of the sights and beaches.
Our website: www.agistri.com.gr/dedes/contact-en.htm | Our Location: Skala, Aigina, 18010, Greece 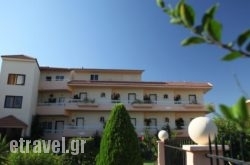 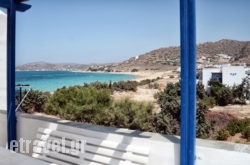 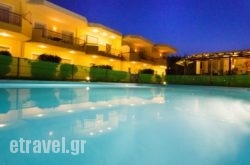