A history that begins from the memories of a significant name, both for its etymology glass and because of the family itself that withdignity and pride kept its roots unchanging over the centuries.The name Olokalos can be translated either as beautiful or as a good man.This beauty is definitely referred to both the physical appearance and the rich inner world of the people carrying this name.Ioannis Olokalos (1496-1543) was a notary by profession at that time in Ierapetra, Crete and the owner of the land that the hotel is recently erected. As centuries went by, the land remained in family hands and was cultivated to offer its fruits to the following generations. In1912, Konstantinos immigrates to Brazil with the hope of a better future, leaving his three children George, Michael and Maria behind inthe village of Anatoli. Four decades later, the two boys with their families followed the way abroad after their father’s invitation, so the only one remaining on the island is Maria. For the harsh years to come this land will be a source of life for the family, since the oil, the almonds, the wheat and the barley produced there will help the family survive. In the late ’60 and while the mountainous areas are depopulated because of the immigration of the citizens to the plains, the farm is abandoned and the family, in turn, follows the shift to the more fertile lands of the beach. After Maria’s death in 1981, the farm was inherited by her son George, who took his name in memory of her beloved brother. 25 years later, George recalled his mother’s prophetic words when one evening he and his brother, weary by the harvest, used degrading words to talkabout a land that was so tiring, but at the same time offered them so little. Beautiful houses are going to be built here, she said resentfully. At that time these words seemed a fruitless dream. Today this dream comes true and unites the history of the past with today’s luxury.

Crete. If youre craving some serious sunshine, sand and sea, stop delaying and begin packing your swimsuits and flip flops for a fun-filled adventure in Crete. Crete is the largest and most southern of the Greek islands and is a popular holiday destination. Located at Anatoli, Myrtos, 72200, Greece, Olokalon Suites, is a perfectly positioned accommodation choice and the ideal starting point to explore the island. The fascinating island of Crete offers beautiful sandy beaches and pebble coves that will fill cameras with postcard-worthy photos from your Crete holidays. If you wouldnt exactly class yourself as a beach bum, dont fret. The stunning island of Crete can offer so much more than a beach holiday. Brimming with majestic mountains, gorges to hike, plains to see and curving coastlines to drive – theres a plethora of things to do in Crete to get your teeth into. Thats not to mention the 5,000-plus years of history, culture, and delicious mezzes on hand, all rewarding experiences of holidays to Crete. Olokalon Suites, combines the very best customer experience with superb quality and value. Whether youre seeking a family seaside break or a business stay-over, our motto here at Olokalon Suites, remains the same: hospitality, smile, quality accommodation at great prices.

Crete. An island of mythology, history, local traditions, culture, unique landscapes and birthplace of the famous Cretan hospitality. Majestic mountains, golden beaches, sparkling sea water, wild nature, the island is blessed with sunshine during most of the year. The landscape of the island is unique in the world, Vai beach (white sanded) and its Palme tree forest, resemble a tropical scenery. Spinalonga, an islet served as a lepers colony, Knossos and Malia palaces of the Minoan era prove with their presence how far back in history Crete was inhabited. Chania, the former capital of Crete, beautifies and decorates the western side of the island with its narrow, pebbled alleyways, excellently preserved buildings and architecture of past times. In Olokalon Suites, we have one OBJECTIVE: To constantly improve! Therefore, we have managed to create a pleasant experience for you both in our hotel and outside of it in our beautiful location, Anatoli, Myrtos, 72200, Greece. Olokalon Suites, represents the perfect spot for holiday seekers to experience unforgettable vacations in the island of Crete. Whatever the reason for your stay in Crete, leisure or business trip, you will find out that at Olokalon Suites, we know very well what hospitality and service mean. Our website: | Our Location: Anatoli, Myrtos, 72200, Greece 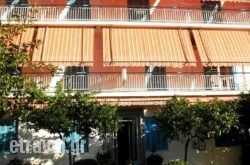 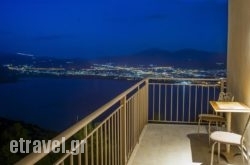 Epirus. You can always count on Epirus to spring a wonderful surprise. Dare to stretch the frontiers of your dreams with this alluring holiday proposition. Book a room with Arktos Mountain Hotel and discover a truly unique experience.Read more…